And it’s still going! Full picks here if you want them, although it seems like Uncle Nordy has succumbed to supply chain issues like the rest of retail this past year+. Lots of stuff sold out and sold out fast. But hey, there’s always the shoe trees. Two for $26! And they ship free (like everything else.) Christopher Ward knows how to make a friggin’ watch. Swiss made, automatic timepieces, for a fraction of the cost of the big name luxury brands (Rolex, Omega, etc…) Now, they’re still far from Timex Cheap. But the rare up to half-price sale like the one they ran in mid July can go a long way in regards to saving a ton of money. Watches that were going for $1,000 – $1,500 dropped to $700 – $890. Pretty good for those that are willing to spend and spend big on wrist-candy. And they’re still on that mega sale. Sizes are limited though. Still have never actually owned these.

Most Wheelhouse Post: 20 of the best T-shirts for Men All t-shirts are the same, right? Wrong. T-shirts can be a lot like jeans or polos. It’s weirdly difficult to find ones in timeless fits, good fabrics, and avoid of any sort of crazy logos. But there are some (really) good ones out there! This is what we think are the best of the best when it comes to men’s tees for 2021. If you know how to split wood with ease, but also value aesthetics when it comes to clothes, shoes, and gear, Huckberry is probably a favorite stop for you. And their every-few-months sales are very, VERY difficult to ignore. Lots of stuff got marked down JUST for the sale, and thus many of the picks have since gone back to regular price. But their sale section is always worth keeping tabs on. And we will.

Most Useful Post: How to dress up without really dressing up Because it’s a weird time. Mixing in intention while keeping it easy. Smart style step-ups without going over the top. Because most people are still married to their sweats. 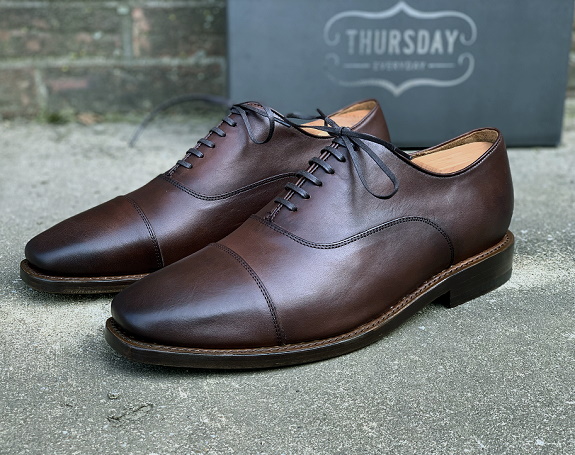 Nice leather, Goodyear welted, impressive overall… but the blunt, squared off chisel toe? Not sure why they did that. We mined Target’s Goodfellow & Co for five warm weather outfits. From a lunch date to heading to the farmers market to an early morning coffee run, we tried to cover you in head-to-toe Goodfellow… with a few liberties taken on stuff like shoes and accessories (which sometimes aren’t the best coming from good ol’ Tar-Zhay.) Big thanks to our man Ryan for this one.

Creepiest lyrics in a song referenced in a post about tech shorts: Hot Legs

“Bring your mother too.” I had no idea how messed up this song is.

Best Use of a Kitchen Strainer as a prop: Best Bets for $75 or less Great suggestion too, putting an Orient Bambino on one of these mesh straps for the rest of the hot and muggy days of summer.

Most difficult to explain to the neighbors photo shoot: Style Scenario: A Round of Golf with friends “How was your day honey?”
“Well, I was looking out the window, and the neighbor guy across the street got out a ladder, put a golf club in a tree, and proceeded to take pictures of it.”
“I’ll call a realtor.” Heat domes. West coast fire smoke choking the eastern seaboard. This summer? Crap-a-hoola. I get that people love summer, but walking around feeling like an aflame marshmallow isn’t fun either.

Tastiest way to not over-think this crap-a-hoola-hot-summer: Gin Our man Jason came up with his 6 gins for surviving summer. And none of them are London Dry! Not a darn thing wrong with London Dry, but, most don’t need any idea starters in that department.

Best Advice: “No one ever conquered the world in Dearfoams” 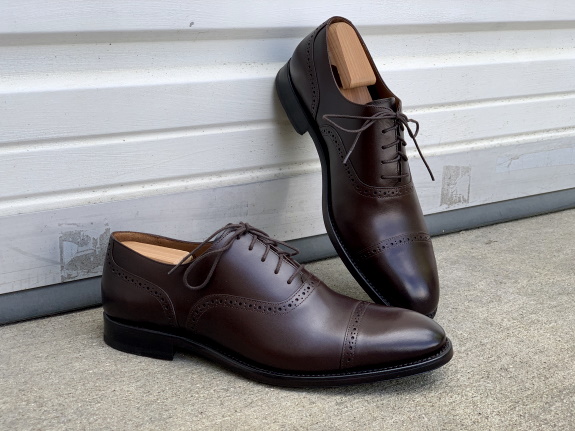 Totally sounds like something Drunk Uncle would say. “Baby Jesus do you want to do pilates?”

There are public courts all over the place. Get some friends together. It never disappoints. It’s easy(ish). Just don’t over do it like my pal who once broke both ankles, at the same time, after he came down from a flying spike and landed awkwardly in the sand (he had bad ankles to start). He also lived on the second floor of a walk up duplex. So when we moved his broke-ass up the stairs after his hospital stay, he totally farted in my face and thought it was so. funny. Everyone assumes you have to wear brown shoes with blue. Not true at all. Cobbler Union is a pretty fancy Spanish made shoe brand who happens to be doing a sale right now (probably pretty picked over at this point). And their heel-cups appear to be… quilted? Good gravy that’s quite the detail. Whenever we run a poll, we always leave an option that simply says “I like turtles.” No matter the question. When we asked if the above shoes were “Ugly or Awesome?”… 7% of respondents (76 people!) chose “I like turtles.”

You have no idea how happy that makes me. Wearing a mask is easy. It’s just depressing because we keep screwing this up.

Bottom line is this. The new Delta variant is so good at being virus-y (spreads 2-3x faster than the o.g.), that it can take a wrecking ball to the unvaccinated half of the population, and still wreak major havoc.

Got that? Not to be alarmist, but this summer is starting to feel a bit like 2020. And that doesn’t bode well for the fall & winter if vaccination rates don’t rise. (Yet there’s some hope thanks to those who HAVE gotten the vaccine)

If you’re in your 20s or 30s, do your wallet (and lungs) a favor and get the shot(s). Because another round of flooded hospitals leading to rough economic waters will seriously damage your long term money-making opportunities. That’s how compound interest works. The 2008 financial crisis proved this for millennials. For every dollar you’re not making now, you’re gonna lose out big, real big, down the road.

I know. Some of you didn’t want to read that. I’m sorry. I tried to make it more about money, and less about people suffering and dying. Welcome to Costco. I love you.