This post originally ran in 2017, but has since been updated with current product suggestions.

Y’know what’s the worst? Wet blankets. People who can’t help but rain on someone else’s parade. Offering unasked for critique, derision, and negative judgmental commentary about something seen as generally, if not massively, positive. Seriously. There’s enough to worry about in the world. So taking the time to throw bricks at someone else’s excitement (say, ragging on Jessica Pare’s smile, a fireplace in the mountains, or a certain outfit combination) seems unnecessary to the point of being sociopathic. Head here for our full review of the Killshot.

There was a lot of excitement when J. Crew brought back their Nike Killshot sneaker last year. They immediately sold out, and with each re-stock, the interwebs would go bananas, someone on reddit would start furiously waving semaphore flags, and they would inevitably sell out again.

Perhaps I’m alone here, but I don’t quite understand the level of praise these things get. When I got in person with them, they were… fine. DON’T GET ME WRONG… they’re a good looking sneaker! That blue swoosh with the white leather and grey suede and gum sole all make for a terrific looking, casual shoe. But this feels a little (key word: little) like the tulip bubble of the 17th century. The scarcity and anticipation of any return gets everyone clamoring. Which is kinda odd, being that much of the current menswear culture seems to be about individuality. Yet everyone wants to wear the same sneakers?

So yeah. Captain Wet Blanket here. That said, there’s little value in criticism without offering an alternative. So here are ten alternatives that are actually in stock (more or less) with which you can scratch your Killshot itch. Yes, the accents are blue. For a while there, it seemed like the Samba OG was gonna stick with the black three stripes, but these have navy stripes and a navy patch at the achilles. A direct shot at Nike’s J. Crew Killshot. These just about out-Killshot the Killshot (especially if you prefer a more toned-down shade of sole). Ships and returns for free via Nordstrom. 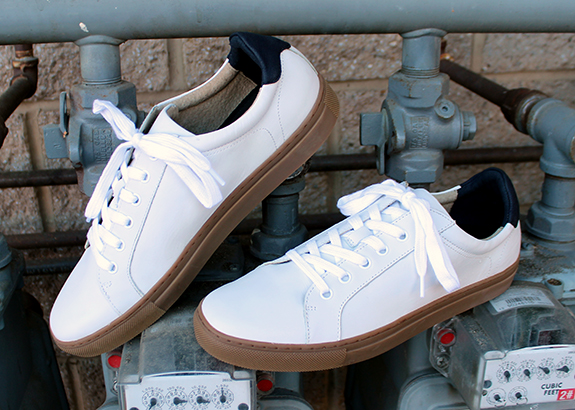 Why, it’s almost like Banana Republic saw the demand for the Killshot and thought “hey, we should do something similar and get in on this action.” White leather uppers? Check. Gum sole? Check. Blue accents? Check. And they’re often going for the mid $70s, as long as they aren’t excluded from whatever codes BR happens to be running at the time. Full review here. Whereas the Killshot was inspired by the court, the SB team classic has its roots in skateboarding. Probably as close as you’re gonna get from the same brand that the Killshot hails from. Construction is described as “sock like” so don’t expect a ton of support. No gum sole here, but as good as classic kicks get. Especially for the price (even though adidas has been raising the price over the last year or so). The full grain leather uppers, reinforced eyelets, thick laces, and comfy tongue and ankle padding give these things a bit more visual and physical heft. Super comfortable. Available in multiple accent colors, but the navy seems to be the most versatile. Puma’s alternative to the adidas Samba OG. So here we have an alternative to an alternative. Cheap, available, and highly thought of in the reviews. Sure, the logo is black instead of blue, but these are real close. Even has the suede gray/off white accents. Goes on sale from time to time depending on what code DSW is running. One of the few adidas options that gets the gum sole and the blue logo look. SUPER lightweight. Gonna be too flimsy feeling for some, especially considering the price. But if you love air-weight sneakers? Certainly worth considering. Full review here. Ships and returns for free via Nordstrom. 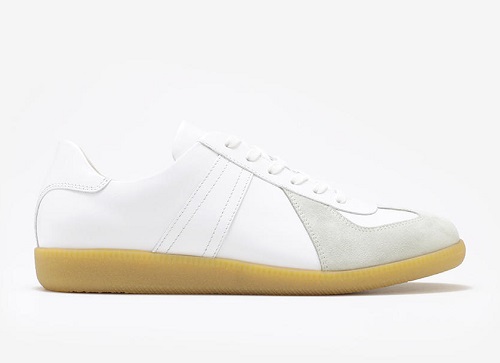 So these aren’t “in stock.” That’s not how Gustin does things. But they ARE currently taking pre-order commitments & funding. Made in Italy from Italian Full Grain White Leather, Italian Grey Suede, and an Italian produced rubber sole. Estimated ship date is January, since that’s the Gustin model. Not clean/classic enough for you? You can always cross your fingers and hope that they bring back their Italian Made White Gum Sole low tops. George? That you? The Cortez is a classic, but it’s not for everyone. It sorta looks like you’ve got sleeping bags on your feet. They are the Stay Puft Marshmallow Man of footwear. But between the white, navy, and off white, and the swoosh, you’re in the ballpark. 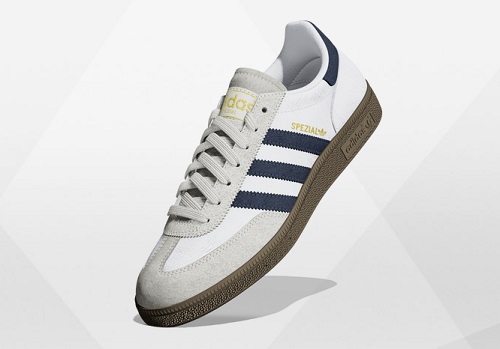 Adidas has one hell of a custom program. They have boatloads of models that you can personalize via a step-by-step digital customization program. Above is the Mi Spezial with white leather, gray suede, a “gum 5” outsole, navy accents, and off white laces. But you’ll pay for it. Customizing is spendy. They do run 25% off codes for their customization program every so often. Try CUSTOM25 at checkout. These are a much more expensive backup to those Sambas if they sell out. 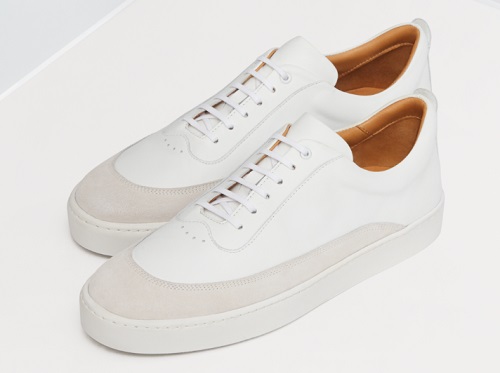 Going a bit off the board here. Just released, these new Jack Erwin sneakers are trying to capitalize on bigger spenders and sneakerheads looking for high quality. Made in Portugal from full grain leather uppers with that sweet sweeping gray suede panel. Strobel construction uses (I think?) a combination of stitching and cement. Ships and returns for free.

Got a tip on another suitable replacement for perpetually sold out Nike Killshot? Send those in to joe@dappered.com.