A lot of us are shelving the “fancy” timepieces right now. Whatever the reason for doing so, here are 15 watches built to handle just about anything you can throw at them, just short of throwing them as hard as you can at a brick wall. And perhaps, some could even handle that. (Although I wouldn’t try it. C’mon now. Be nice.) An absolute marvel of engineering. Sure, style-snobs might sneer at its brutally efficient looks, but any real wristwatch fan respects these things. Y’know why? They are as authentic as it gets. In business, they say the key is to build a better mousetrap. When it comes to the OG G-shock, every other tough watch is just rearranging the cheese. Of course this is here. Rolex looks on a top-ramen budget. For about $50 you get 200m of water resistance, a stainless steel case, and a rotating bezel which feels much more expensive than many other watches in the under $100 category. Even the stock rubber strap that it comes on is decent (soft-ish, not rigid plastic). Throw an aftermarket strap on it and you’ll get more style points. Beat it up. It can take it. Another, slightly different G-shock. Tough as nails, loved by many, and rugged good looks that are unapologetic to all fancy-pants, monocle wearing, loupe carrying goofballs. These are the quartz watches that many mechanical/automatic watches are set by. More curves. Less flat platter. Still all G-Shock. Shown above is the blackout, 6900. Tough enough for our man Zach (who happens to be a Marine), almost certainly tough enough for you. Based on an old military-issue Timex. 42mm. Easy to use chronograph function. Indiglo for brightness (so much brightness!) in the dark. Just 30m of water resistance, but according to Zach: “I’ve now worn mine for about three months (including on a couple field training events)… in the pouring rain and the shower with no issue.” Crystal is acrylic which means it’ll scratch, but that ALSO means those scratches will buff out with some toothpaste. Might want to switch out the stock strap for a nato, as shown above. “And God said, Let there be light: and there was light” and Citizen Watch Co. was like “Right-on Big Yahwehzy, here’s a watch that runs on that new ‘light’ thing you just came up with.” Now, that’s probably not quite how it all shook down, or perhaps at the very least, the story-arc of light-creation (within the creation) eventually leading to Citizen’s Eco-Drive movement has been compressed to run in the time allotted. Anyway, nice watch. 100m water resistance. Highly legible dial. Chronograph movement is a plus. One of the best values in watches available. Classic pilot watch styling, a GMT hand (so you can tell the time across separate time zones), and an E6B circular slide rule. Yes, a slide rule. Movement is Citizen’s very popular, very accurate, solar powered quartz Eco-Drive movement. The Nighthawk also features one of the best bracelets you can find on a watch (well!) under $500. It has solid end-links, and a very secure precision machined clasp with a diver’s safety on it. A legend whose time might be short. In our ever increasingly disposable, dopamine drip fed, what’s-new-what’s-now scratch my self created itch! consumer world, something timeless and robust and dependable should be appreciated. Especially if it sounds like they’re gonna be retired in favor of something less-so. Being an original is an ever increasingly scarce commodity. Tough as nails. 200m water resistance. Dependable automatic movement. A true tool watch. Also shown at the top of the post on an after market striped NATO strap. A beast. Unabashedly a chunk of a diver. Created to fill the void soon to be left by the SKX, the Islander boasts the same crucial specs found in the SKX, including 200m of water resistance, a screw-down crown, and a solid screw-down caseback. Unlike the SKX, this thing hacks and handwinds. Sapphire crystal too. And for the mod-fans out there? These should take all the aftermarket parts that are on the market for the SKX. Full review can be found here. 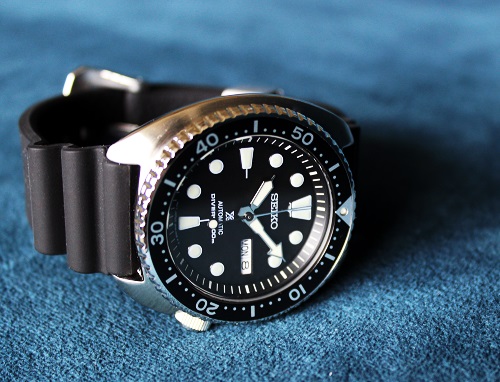 I like turtles. Big fan of the not quite circular “turtle” case shape. Terrific weight and feel to it. Hacks and hand winds. 200m water resistance. Seiko’s own “Hardlex” crystal protects the face. Soft, silicone hardware with a beefy buckle and strap keeper. A companion you can count on to take a serious knock, and keep on doing its job. 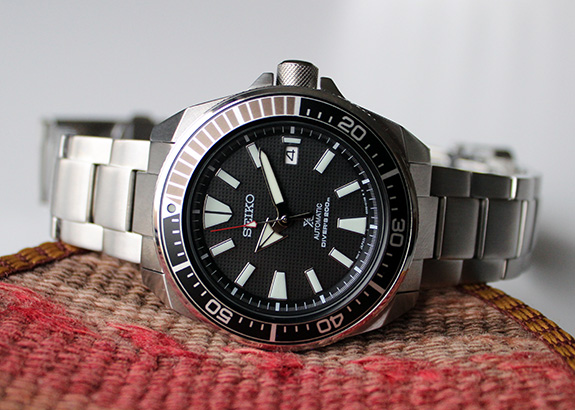 Possesses a unique geometry that makes it both round and square. In addition to its neat lines, it’s also a bigger watch, so it definitely makes a statement. The automatic movement is hand-windable and hacking, and has that great sweep you get from a mechanical movement. Black option has a really intricate waffle texture pattern to the dial. Full review here. 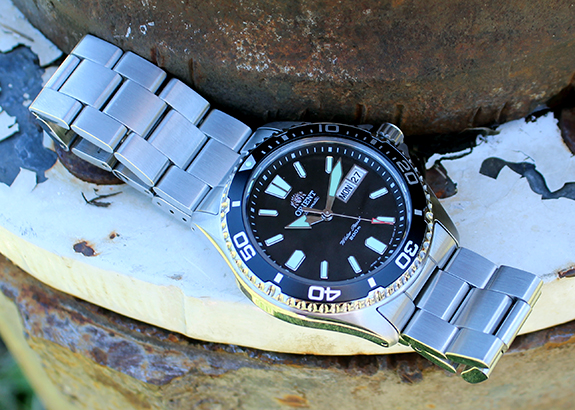 Hacks, hand winds, has a sapphire crystal, a 120 click bezel, solid end links, and the best of both the Mako and Ray worlds when it comes to the looks on the dial. A little tough to find sometimes, but is available at post time direct through Orient. 41.5mm case size is wearable by most. Full review can be found here. Orient just did away with their codes and promos pricing strategy. So if you’re buying direct through them, no more of that business. Just $315 out the door. That’ll please some, not others. Glycine has been hitting it out of the park on DROP for a while now. Their OG Combat Sub DROP Divers are always appreciated when they pop up, the more recent Soda diver was a big hit, and now this bronze option is up for (final) sale. Great specs, Swiss made, super solid feeling construction. Impressive for the price point, albeit final sale. It’s (almost) always final sale with DROP. That’s their business model. Same automatic Seiko movement as the Nodus. 300m water resistance here. Assembled in Italy. Minimalist and sorta modern and quite mean looking. DLC black brushed finish. Fat crown. Available without that blackout-finish for quite a bit less, although still not cheap. Beautiful, but gnarly tough and super well built too. Amazingly versatile. Swiss Made. Automatic movement. 600m (!) of water resistance. Enough gloss to dress up, but 100% can do t-shirt and jeans duty too. A diver through and through. And that trident counter balance on the seconds hand? I mean, c’mon now. That’s something. Available in 38, 40, and 42mm diameters.

Got a favorite watch that can handle whatever business you throw at it? Send in those tips to joe@dappered.com