#1. Shaving against the grain

#2. Waiting to get a haircut until you really need one

This is a game-changer for plenty. For most of us, when we were kids, our parents took us to get our hair cut maybe once every six weeks, and those habits stuck with us into adulthood. Here’s the thing: cut that time in half to three weeks and get a trim instead of a major hack job. Tell your barber that you’re doing this, that you’re looking for a trim, and that you’ll be back in three weeks. Does it cost more to go more often? Yep. But your hair is one of the few things you “wear” every day. The benefits of this strategy are two-fold:

Your barber misses you.

#3. Using too much hair product

Hair product with men is a bit like makeup with women. Better to go with less than go overboard (never, ever put the makeup gun on “whore mode“). It can be a tough habit to break though. Many guys want that control. The secret is: nobody really notices if you’ve got some hair that’s out of place.

Why are you workin’ those biceps and triceps if every time you’re in short sleeves your skin is scaly and flaking off? It doesn’t take much to avoid looking like you’re a day or two away from molting. It can be as easy as applying some basic moisturizer before bed, or simply using a moisturizing, non-drying bodywash. Doesn’t have to be some girly thing, nor does it have to be plastered with “this is for MEN!” marketing. Just find something that leaves your skin, post shower, feeling pliable and smooth, and not like the Bonneville Salt Flats. 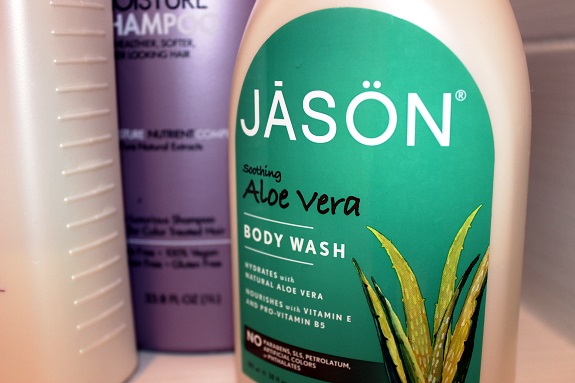 #5. Failing to clean your shower, tub, and sink regularly

You’re not doing surgery (well, let’s hope you’re not), but if you’re shaving and scrubbing in a filthy environment, you leave yourself open to bacteria and fungus. A clean and mean appearance is tough to cultivate in a sewer.

During one of the Sherlock Holmes stories, Holmes determines which direction Watson’s mirror is facing in his home because of the constant patch of hair he misses, at the back of his jaw, when shaving. The point of this example: missing those scraggly hairs right behind your jaw line happens to the best of us. Turn your head and make sure you didn’t miss em’. It’s the follicle equivalent of not washing behind your ears. #7. Letting your toe nails get too long

Outta sight outta mind right? Wrong. Guaranteed that if you keep forgetting to trim your toenails, the next time you head to the beach or jump in a hot-tub (or jump in a bed) you’ll horrify others with your foot talons. Also, if you’re active and on your feet a lot, longer toenails could lead to unsightly thickening due to trauma (for example: the beating your toes take while running). Now, don’t go overboard. Cutting your toenails too short, or too rounded could lead to ingrown nails.

#8. Not trimming… down there

Look, it’s a bit of a taboo subject on the guy-side, but knocking back the shrubbery every so often keeps you cooler. Now, no one is saying you should take a bic to your bits, but keeping your animal from looking like Animal is just common courtesy to your partner (if you have one). Imagine if they didn’t do some landscaping now and then? Yikes. Plus, there are certain… optical advantages… Which “giraffe” looks taller to you?

#9. Plucking nose hairs (or not trimming at all)

First of all… ow. Second, ripping out nose hairs by the root can leave you susceptible to some awfully nasty infections. Is it really risky? Probably not. But if you’re prone to hostile nostril*** hairs, just get a trimmer. They’re cheap, and they work.

#10. Overdoing it on cologne

This is a tough one, because what is the point of cologne if no one can smell you? Yet at the same time, not everyone in the same room as you should be able to pick up your bottled scent. This is more about the golden rule of respecting others around you than anything else. Consider not wearing it every day, but saving it for special occasions, and reducing your radius. If your scent walks in the room before you do, you’re leaving the wrong impression. Just like hair product, it’s better to go with less than go overboard.

The reactions are dead on. Confusion. Irritation. Struggling to be tactful.

***Also reserving this for a backup name when I become a pro wrestler (first choice: “Handsome Damage”). Finishing move would have to be some sort of okie-blow / atomic elbow from the top rope.
Giraffe photo credit