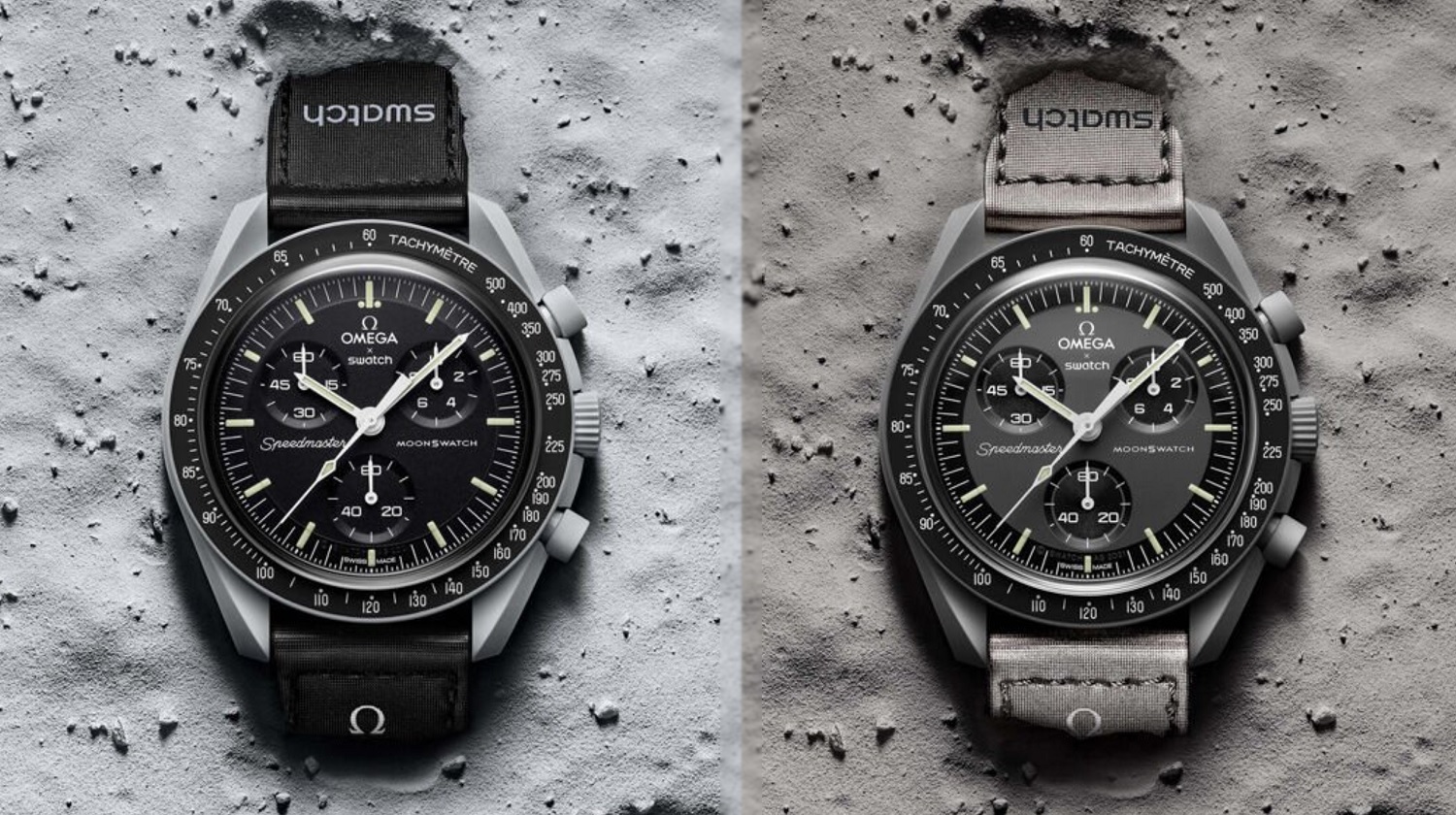 Anyway, here’s some of the press release:

Swatch and Omega come together for an innovative take on the legendary Speedmaster Moonwatch.

Outer space inspires a new collection of eleven BIOCERAMIC watches named after planetary bodies that will have you reaching for the stars.

The Omega Speedmaster Moonwatch is legendary and a must-have for collectors. BIOCERAMIC Moon-Swatch collection makes the iconic design accessible to fans everywhere.

The hell is bioceramic?

Looks like… plastic? It’s hard to tell from the photos.

There’s also a hidden “S” in the center of the crystal. The hidden “s” on the MoonSwatch. Subtle. Nice.
Red arrow obviously ours for emphasis. (#MSPaint4Ever)

This seems very, very smart. And they will sell like mad, both this Saturday as well as on the secondary/re-sell market on eBay. Good luck getting your hands on one, until/if they become more widely available.

Available only in select US Swatch Stores this Saturday, March 26th. Maybe they’ll sell them online down the road though?

Just for the sake of comparison, the current price for Omega’s Speedmaster Moonwatch Professional master chronometer is $6,400.

Ain’t that a kick in the trousers. 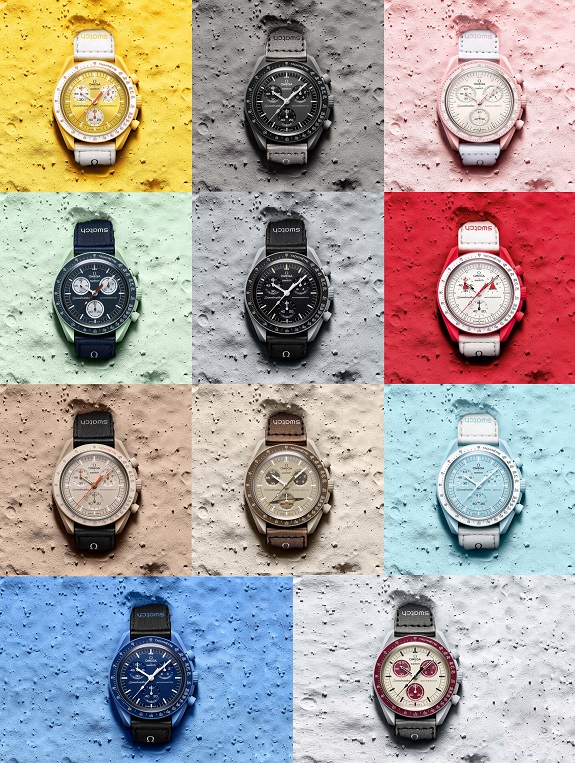 11 different versions. One for each celestial/planetary body in our solar system.
Prediction: Moon & Mercury will sell out just after the doors open.