What watch I wore today 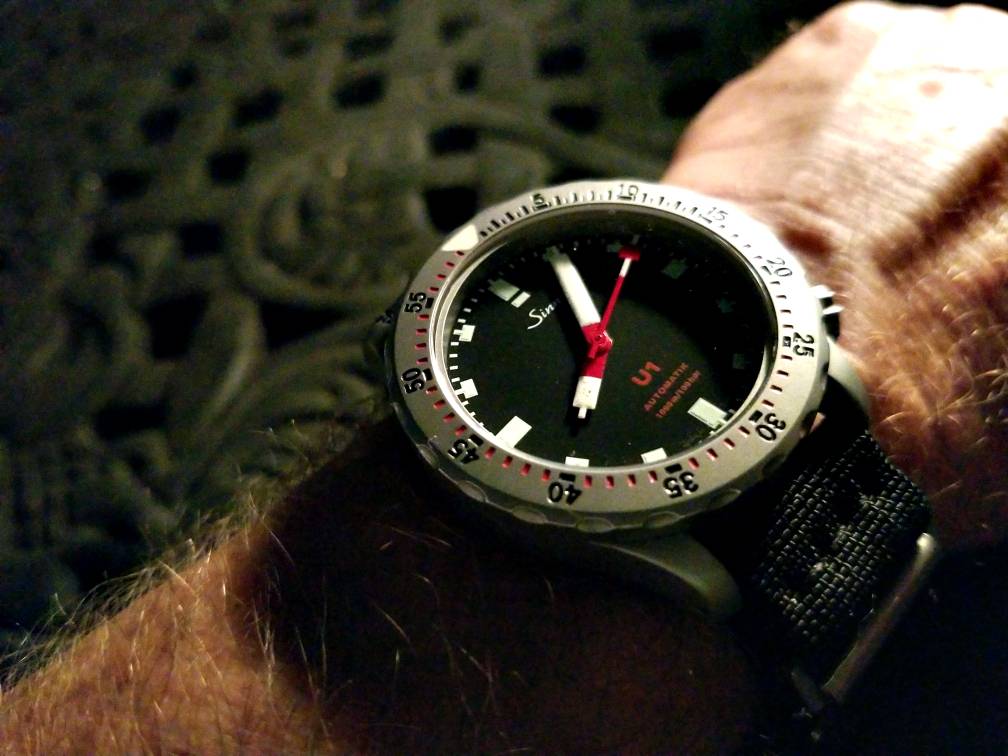 Started on July 19, 2016 the “What watch I wore today” thread shows no signs of slowing down. Perhaps it is the ease of posting a photo of a watch, or the fact that Dappered readers have a love of watches that keeps the thread going strong. Whatever the reason is, minty007 kicked off the month with a shot of his Sinn U1. Sheepdog149 was next to post, quickly followed by MediumTex, LesserBlackDog, Rbirnie, and DocDave. Forum member Vicious49 then posted a compilation photo of his watches promoting kudos from other forum members, followed by more posts of watches; too many to list in this roundup. Perhaps Northener summed it up best when he said “Awesome thread! This could lead to a serious shopping rampage…”

Sweater suggestions for a chilly office

Who among us has not found themselves in a situation where they are in an chilly environment and needed some extra warmth? That’s the scenario user abh159 recently found himself in. The consensus from the majority of the users was to keep a cardigan in the office as cardigans are easy to take on/off and do not mess up ones hair. Several users though bucked the cardigan trend starting with user Boatshoes&bowties who keeps a navy fleece around the office, alexd3 who prefers going with a sweater bomber, and mark4 suggesting a shirt-jac. Whatever abh159 decides to go with one thing can be agreed upon: no on likes being cold in their office.

Showing that Dappered readers are interested in more than just style, DocDave came to the threads looking for advice on buying a new mobile phone. Users then shared their mobile phone experiences trying to help out. LesserBlackDog commented that his new iPhone XR was a lot bigger and heavier than his iPhone 6. Hockeysc23 commented that he gets a new iPhone every other year and to keep in mind that the 2020 iPhone will have 5G network connectivity. Armedferret took a different track and suggested he is going to wait until the new Galaxy comes out and evanparker suggested buying the newest iPhone as the price bump from the older generation iPhone was minimal. No word yet on if DocDave has picked up a new phone.

After not seeing any posts since August 8th, 2019, LesserBlackDog revived the What I Wore Today thread with a couple of solid posts. This prompted frequent WIWT poster Nandyn to revive his postings with positive feedback coming in from fiftyforfifty. JBarwick jumped on the revitalized thread with his fall outfit, mlstein showed off his look of the day, and armedferret showed us it’s possible to look good even when standing beside a dumpster. Nandyn and MediumTex rounded out the tread with MediumTex doing a bit of peacocking for the post.

Has anyone “outgrown” Dappered?

Forum reader MIS997 kicked off a discussion about if it is possible to outgrow Dappered (perish the thought!). Comments from the forum readers varied, while some users even lamented the removal of the old comments section (gone for five years now), Creature felt the site is a good place to build a wardrobe and the new product reviews are nice while whereismurder congratulated the site for teaching him how to dress well. Thosewhostay created an account on Threads just to chime in saying he is looking to buy fewer items but of higher quality, Banks said he focuses on the reviews for “nicer” stuff like Billy Reid or Suit Supply, and skewl commented that the “Banana Republic, Nordstrom, and JCrew sales coverage is top notch”.  Other users though, such as ronrob, 77Pat, mark4, and Pesape, all said while they hadn’t outgrown the site, they do feel their purchasing habits have changed. Wherever users landed, the overall feeling was that Dappered had helped all of them learn about style and dressing better.

Looking for some advice, direction, or just to connect with some cool guys?  Then Head on over to Threads and take a spin around. Many thanks to contributor Dave I. for assembling this month’s Best of Threads.