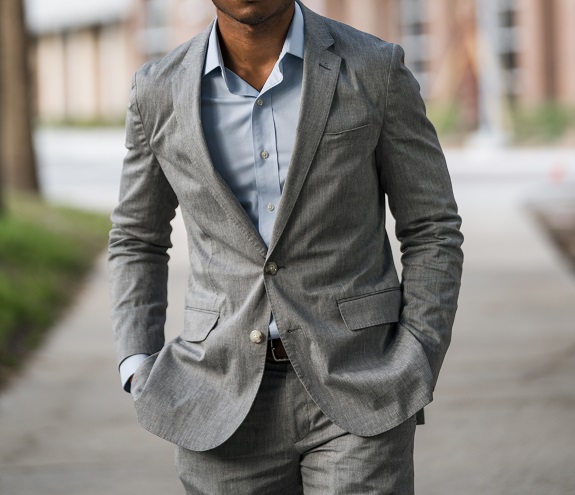 User CK83 is looking for guidance on whether or not he should invest in a linen suit. He likes the cool, laid back look, but isn’t sure he’d actually wear the thing. Fellow threads users were forthcoming with their opinions on whether or not a linen suit is worth it, and made suggestions of their own. evanparker called it a one trick pony and recommended against it. hornsup84 said between his summer suit options he owns (tropical wool, linen, and seersucker), the tropical wool gets used the most in the workplace, but he will occasionally wear the linen. hockeysc23 admitted his JCF linen suit doesn’t see a lot of use, although the jacket came in handy on a summer vacation. Multiple users recommended linen blend over straight linen, and mentioned that lining matters more than the linen. weystyle needs a new briefcase, after the hardware on his Cole Haan bag failed him less than 2 years in. He’s looking for something like a Filson, but he’s a smaller guy, and feels like the Filson is a bit too big for him. Of course some great recommendations came in quickly from other Threads users. thedrake immediately suggested The Clipper from Tusting.  neminat sang the praises of the Cobbler Union briefcase. User gochrisgo is pining after a Linjer soft briefcase, thus had to recommend it. To see all the recommendations made, check out the thread!

Suggest me a Suede Chukka What to do when the tread on your go-to suede chukkas has worn down to the point that you know the end is near? You ask your fellow threads users to make some suggestions, and that’s exactly what LesserBlackDog did. His beloved 1901 Barret Chukka’s are just about done, which garnered sympathy from other Threads users that also love their 1901 chukkas. JayS mentioned he was consider the Thursday Boot Co. Scout, which smitty replied to saying that he had 3 pairs that he loves. caktaylor recommended a Cole Haan option from Amazon, but not at their current listed price. mebejoseph suggested the Jack Erwin James chukka, while Banks took things to the pricier end of the spectrum with Carmina. And most guys agreed, Nordstrom needs to bring back the 1901 Barret. How do you inject your lifestyle into your style, or do you mostly follow the “dappered uniform”? This question was posed by Boatshoes&bowties. He’s found that as his habits and lifestyle has changed, he no longer snubs what he may once have in times past, like athleisure and outdoor-wear. This led to a discussion among several readers about different styles for different situations, and how it’s pretty normal to sport different style for different occasions. And Boatshoes&bowties, you’re not alone. The very editor of this site (hi Joe!) utilizes athleisure on gym days, and may or may not have purchased a pair of joggers recently. The. Horror. A man that likes to keep his beard trimmed, aps2012 came to threads looking for recommendations for a trimmer. He’s been using a Phillips Norelco but hasn’t been completely satisfied with it. Galcobar mentioned the rave reviews he’s been seeing on the Phillips OneBlade trimmer, although he has no personal experience with it, but ianr backed him up, because he does use it. Ninjarex1, a barber by trade, stepped in with his own recommendations (the Wahl Peanut and Wahl Shaver), along with advice on cleaning and maintaining an electric trimmer.

Looking for some advice, direction, or just to connect with some cool guys? Perhaps you know the best darn chukka there is to be had. If so, then Head on over to Threads and take a spin around.