It would appear that many more people have the ability to give snowshoeing a try at the moment. I mean, you guys in Seattle have some great opportunities for this winter activity right in town. That is not a sentence I thought I would ever write. Snowshoeing is the kind of activity that is really adaptable to most skill sets. You can get a really terrific work out from just a couple hours on a nordic trail. Or, you can take a more leisurely approach, bringing along snacks and hot beverages for a break. I can’t say enough about being out on a trail, in a hushed environment, sharing space with nature. I’m a fan. And if you have access to night time nordic trails, take advantage of them. The experience at night, where you are more likely to see more wildlife, is exhilarating. You should be able to rent equipment in most areas. 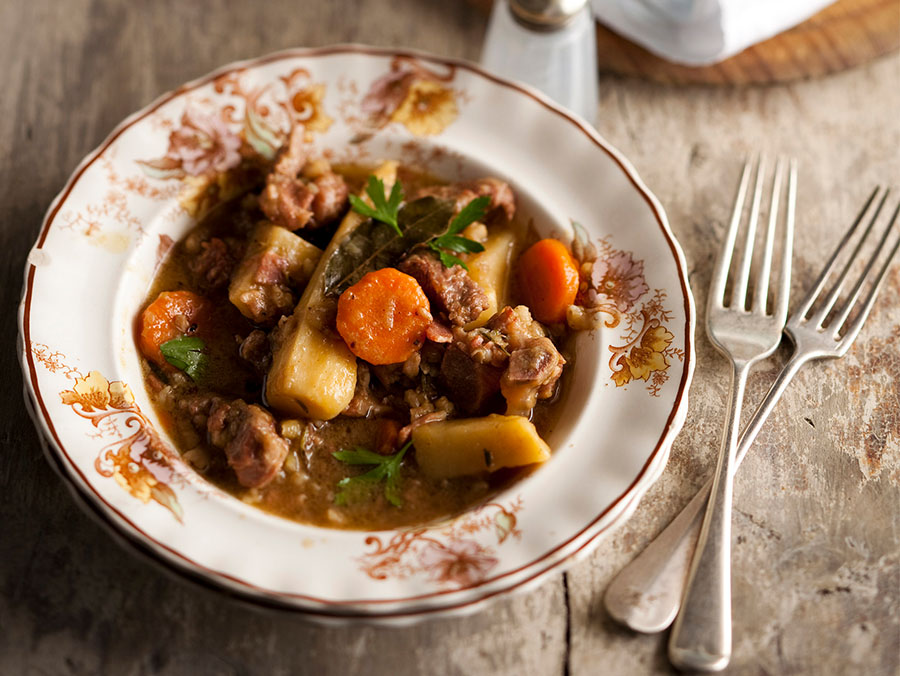 I can’t think of a better meal for a wintry evening. This really is an easy dish with ingredients you will find in just about any decent grocery store. I would get a really good loaf of peasant bread and some European/Irish butter to serve with it. And I would invite some friends over for the meal. You could make a game night of it. Or, just plan on some excellent left overs. One more thing: one kilogram is about 2.2 pounds. And 250 grams is just under a cup. OK. That was two things. But you’ll thank me all the same.

I started a subscription with STARZ just so I could see this adaptation of Neil Gaiman’s award winning novel. I was not disappointed. Gaiman was involved with this project and he is really happy with how it has turned out. He should be. The cast is fantastic. Ian McShane, Gillian Anderson, and Crispin Glover are all remarkable. But the lesser known actors are what really make this compelling. The production is a little over the top and it is extremely well filmed. The visuals are gripping. The story unfolds in a manner that keeps you engaged even if you are confused about what is going on. Great stuff, this. You have time to catch up before the new season starts in March on STARZ.

READ: Short stories from the man credited with their revival. Raymond Carver was a troubled soul who wrote brutally honest, plain-spoken stories about everyday people. His work was instrumental to the revival of the short story in the beginning of the 80’s. His stories remain influential. They have a way of sticking with you, long after you’ve finished them. Cathedral is considered by many to be his best but I’m also a fan of What We Talk About When We Talk About Love.

The on then off then on again story of LCD Soundsystem continues with a brilliant new live album recorded at NYC’s historic Electric Lady studios. The album is bookended with covers, kicking off with a great version of The Human League’s track “Seconds” and wrapping up with their take on Heaven 17’s “(We Don’t Need This) Fascist Groove Thang.” Heaven 17 was a spin-off of The Human League and both bands were an obvious influence on James Murphy’s music. And so was Chic, who they also cover here. The Electric Lady Sessions also features some of the band’s biggest singles in versions which seem to continuously evolve from performance to performance. What is most striking about all of this is the fact that the album sounds as if you are right there in the studio with them. I imagine that was the point.

Tim Johnstone is Dappered’s music correspondent as well as our resident gatherer of all things interwebs related. He’s currently chasing his spirit animal. He is not a fan of pudding.